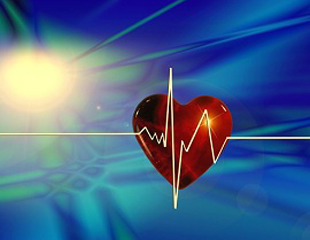 After a diagnosis has been established, the cardiologist may suggest diet and activity modification, medical therapy, and in some cases procedures such as coronary artery balloon angioplasty or cardiac surgery. For all patients with heart disease, appropriate follow–up is vital. Most patients have a personal physician who may have instituted their initial evaluation and will play an important role in follow–up of their cardiac condition and general health. A vascular disorder is a blood vessel problem such as poor circulation caused by blockage. Arterial blocks could be in the coronary artery (the one that supplies blood to the heart, and which is dealt with exclusively by cardiac surgeons), the carotid artery (which supplies blood to the brain), the subclavian axillary brachial (to the upper limbs), and the iliac femoral popliteal (to the lower limbs). Even the veins can get blocked. Blocks in the blood vessels occur when narrowing takes place. Cholesterol and nicotine deposits, stress, diabetes and increased longevity are the most common causes of these blocks.

Coronary Artery Disease (CAD) is the most common form of heart disease. CAD most often results from a condition known as Arteriosclerosis, which occurs when a waxy substance forms inside arteries that supply blood to the heart. This substance, called plaque, primarily consists of cholesterol, fatty compounds, calcium, and fibrin (a blood–clotting material).
If enough plaque collects in an artery that supplies blood to the heart, the blood flow slows or stops entirely. This resultant lack of oxygen–rich blood increases the risk of heart attack. Sometimes, the narrowed artery is blocked by a blood clot, causing a heart attack. Or, plaque may lead to the formation of blood clots. When plaque bursts or cracks, the body sends cells that aid in blood clotting (called platelets) to close the break. These platelets can form a clot at the site of the break, blocking the artery.
Cardiac Catheterization is the method doctors use to perform many tests available for diagnosing and treating Coronary artery disease. Cardiac Catheterization is used with other tests such as Angiography and Electrophysiology Studies (EPS).

How does is work?

The method involves threading a long, thin tube (called a Catheter) through an Artery or Vein in the leg or arm and into the heart. Depending on the type of test your doctor has ordered, different things may happen during Cardiac Catheterization. For example, a dye may be injected through the catheter to see the heart and its arteries (a test called Angiography), or Electrical impulses may be sent through the catheter to study irregular heartbeats (tests called Electrophysiology Studies).

What should I expect?

Do not eat or drink anything after midnight the night before your test. Talk to your doctor about any medicines that you are taking, because he or she may want you to stop taking them before the test. Also, it may be helpful if you bring your medicines with you to the procedure, so that the doctors know exactly what you are taking and how much. You will most likely have blood tests, an Electrocardiogram, and a Chest X–ray taken before the procedure.

Once you are in the Catheterization laboratory, you will see television monitors, heart monitors, and blood pressure machines. You will lie on an examination table, which is usually near an X–ray camera. Small metal disks called Electrodes will be put on your chest. These Electrodes have wires called Leads, which hook up to an Electrocardiogram machine. This machine will monitor your heart rhythm during the test. 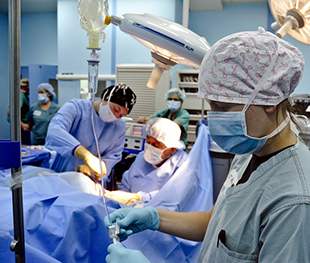 You will be given an Anesthetic medicine with a needle to numb the area around where the Catheter will be inserted. You may feel mild discomfort. Then, a small incision will be made in the skin. Once doctors see the artery into which the Catheter will go, a special needle is used to poke into it. Doctors then put the Catheter into the artery in your leg. You should not feel pain during this part of the test.

The Catheter is gently threaded through the artery and into your heart. At this point, doctors may perform Angiography, EPS, or another procedure. After doctors have the information they need, the Catheter and IV will be removed. Firm pressure will be applied to the site where the catheter was inserted to stop any bleeding. You will also be bandaged.

You will be moved to another room where you will need to rest for a few hours. You may feel a little sleepy until the sedative has worn off. You should try to lie still and not bend your knee too much. Nurses will watch you to see that your heart rate and blood pressure are normal. After this time of rest, you can go home.